Sausage & Kale Gnocchi is a simple and delicious dinner recipe. Pillowy clouds of gnocchi are tossed together with browned sausage and wilted, fresh kale. With a short ingredient list and a scrumptious outcome, you'll have dinner on the table in no time!What Kind...
Read More

Pumpkin Coffee Cake is the perfect breakfast and brunch recipe! A fluffy pumpkin cake swirled with cinnamon and pumpkin spice is topped with a buttery streusel topping. Each bite is decadently moist, perfectly spiced and full of butter streusel.Ingredients Needed...
Read More

Herb Smothered Pork Chops is bright take on a classic comfort food. Pork chops are seared until golden brown, and then simmered in a white wine, herb cream sauce until perfectly smothered. The result: a tender pork chop recipe full of flavor!What Cut of Pork to Use...
Read More

Butternut Squash Gnocchi is a comforting bowl of Fall goodness! Roasted butternut squash is blended with stock until smooth and creamy. Gently toss with fluffy pillows of gnocchi and top with some shredded cheese for an easy and delicious dinner recipe!What is...
Read More

Pumpkin Banana Bread is the perfect baked good to fill your house with warmth. The wonderful combination of cozy cinnamon and nutmeg pair perfectly with the delightful pumpkin and fruity banana. Slice into it when it is ever-so-slightly still warm from the oven, smear...
Read More

Ultimate Fudge Brownies is an unforgettable chocolate dessert! The fudge factor reaches all new levels with chocolate chips swirled into a cocoa rich brownie batter, baked and then topped with a fudge frosting so good you'll be licking the spoon.Let's Talk Brownies...
Read More

White Queso Dip is a decadent cheese dip featuring Monterey Jack cheese, cream cheese and green chiles. Creamy and dreamy. Grab some tortilla chips and dig into this White Queso!What is White Queso? If you have tried any sort of beloved queso dip, then you know the...
Read More

Prosciutto Breakfast Pizza turns a beloved classic into a fun breakfast treat! Pizza dough is rolled out and topped with mozzarella cheese, salty slices of prosciutto, freshly cracked eggs and chives for a burst of flavor. Bake until golden brown and bubbly, slice and...
Read More

Honey Mustard Baked Salmon is a quick and scrumptious salmon recipe! Only 5 ingredients are needed to bring this Honey Mustard Salmon to the table. Whole grain Dijon mustard and honey glaze the salmon while it bakes to perfection. Tender, delicious and full of...
Read More

Easy Beef Chili is heartwarming and loaded full of classic chili flavor. Ground beef is simmered together with fragrant spices, tomato sauce and beans. 30 minutes is all you need to bring this Easy Beef Chili to the table! 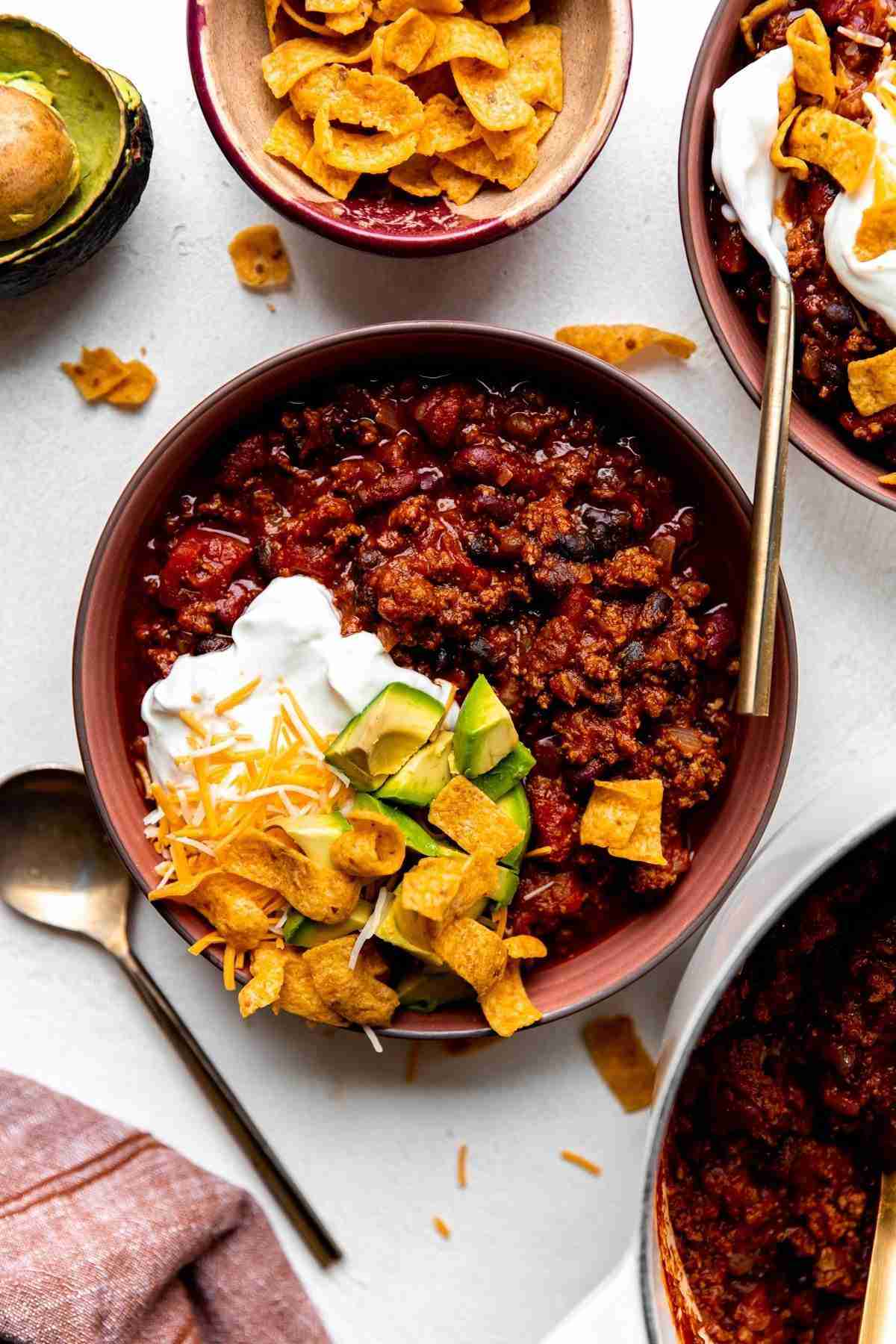 When the temperatures start to change, football comes back on or snow starts to fall, chili is the go-to! A comforting bowl of chili topped with all the fixings (sour cream, cheese, avocado and corn chips for me!) will warm you from the inside out.

This chili recipe is just that: comfort in a bowl! And one of the best parts? It doesn’t take all day to make! That’s right, you are only 30 minutes away from a scrumptious bowl of chili. Let’s dive into all the details! 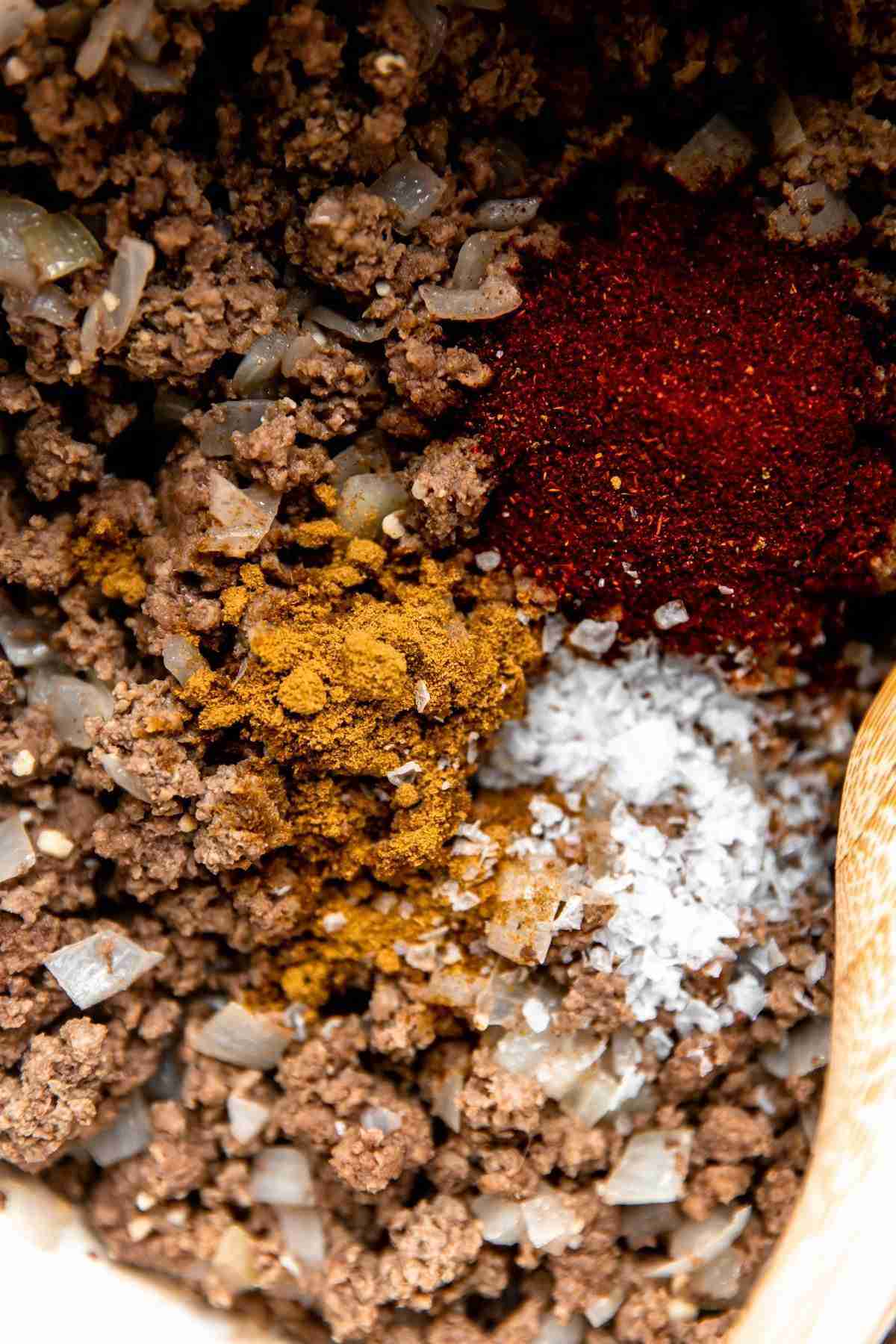 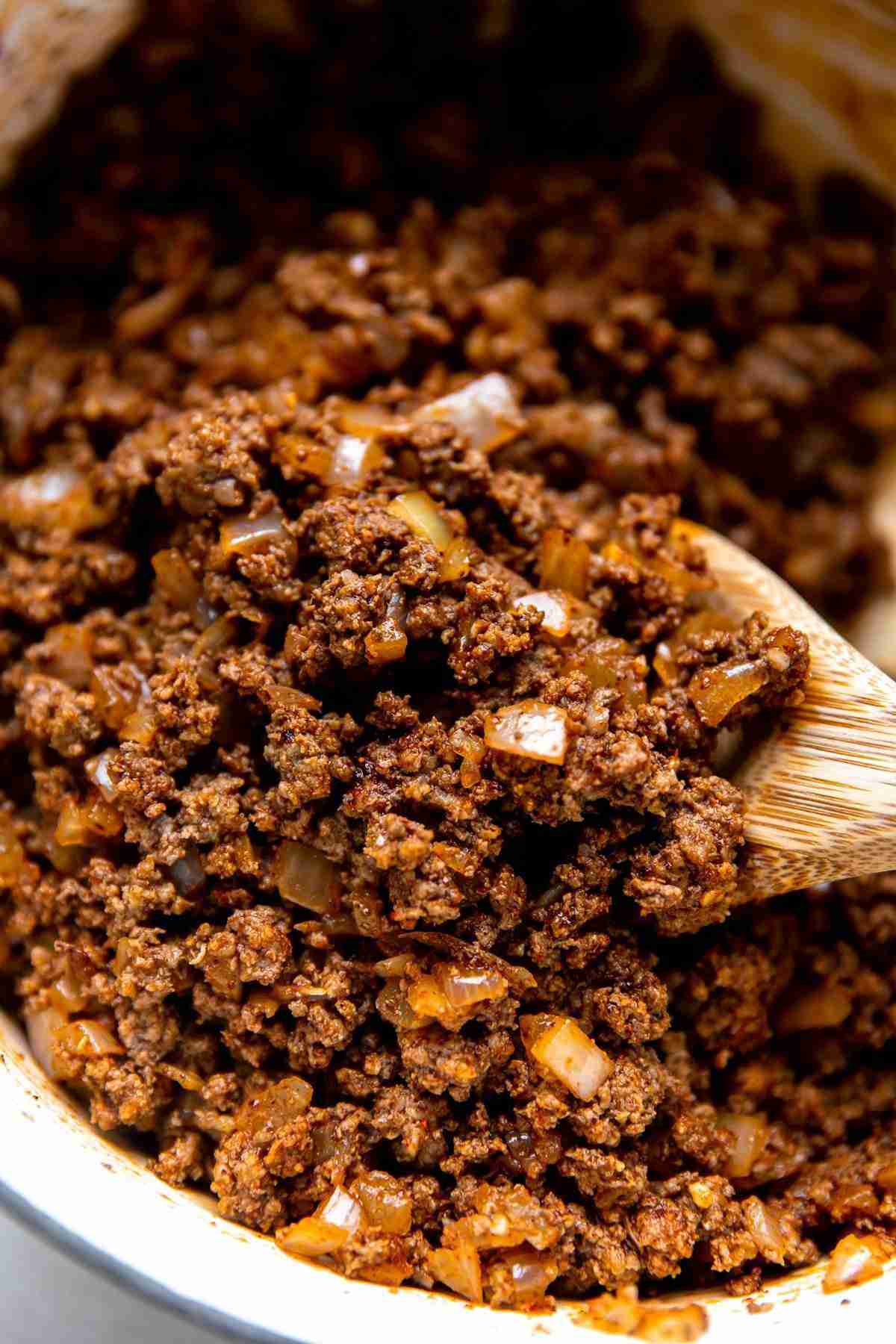 First off, when I plan on putting the description “easy” in the title of a recipe, that means the ingredient list needs to be “easy” as well! That means, no fussy ingredients that are hard to find or take awhile to work with. Here is what is needed:

Grab your can opener and pour everything in! 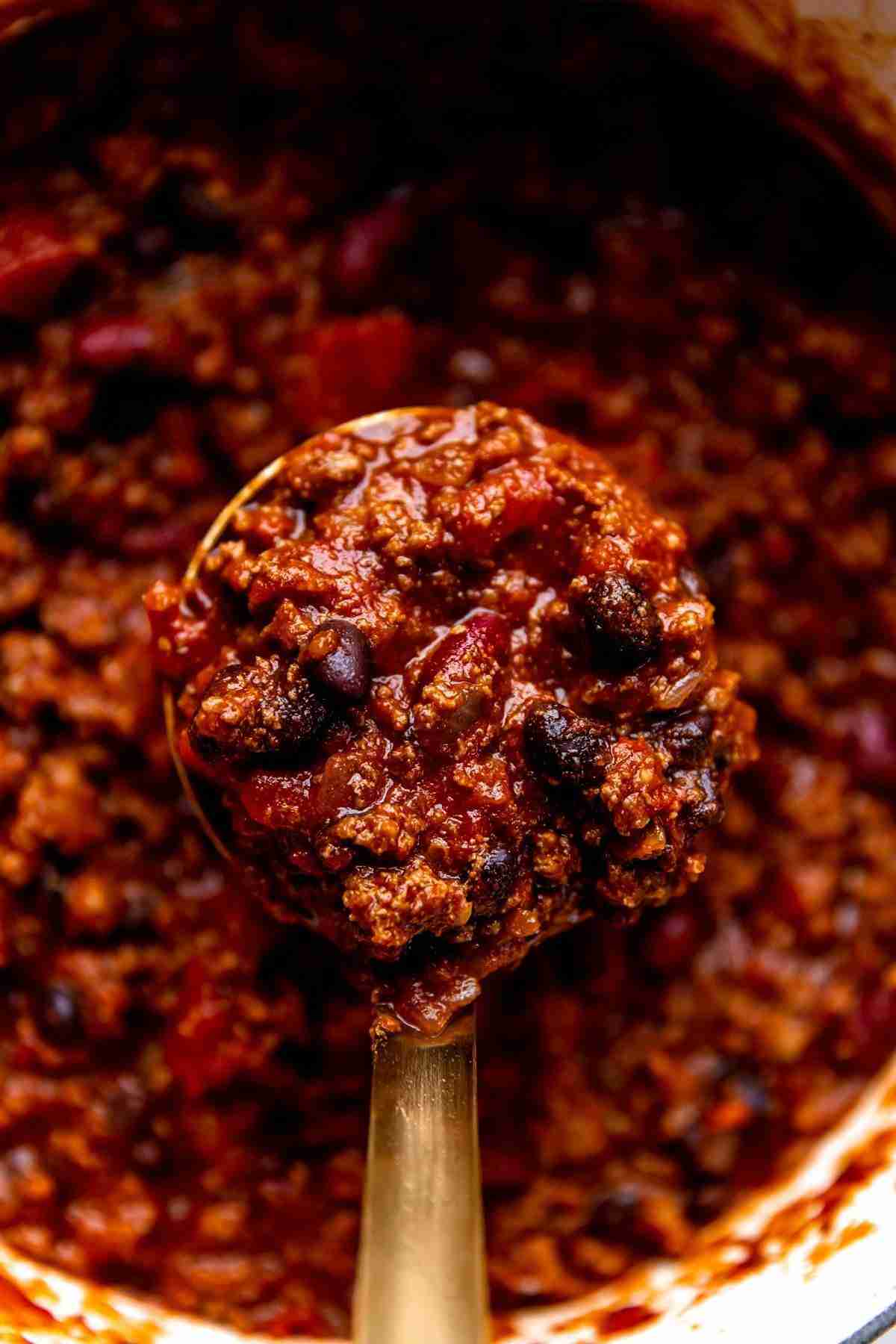 After the chili has simmered together and become rich and flavorful, it’s time to dig in! To me, you can’t have a bowl of chili without having a plethora of toppings. It’s all part of the experience!

And, if you’re from the midwest, CINNAMON ROLLS! Yep, that’s right! A classic cinnamon roll served alongside a bowl of chili is a midwest classic. It’s the perfect sweet and savory combination! Typically, it’s a cinnamon roll that isn’t heavily frosted. We even have a Nebraska-local food chain that brings back their Chili & Cinnamon Rolls every fall/winter. You just can’t beat it! Have you ever tried it? 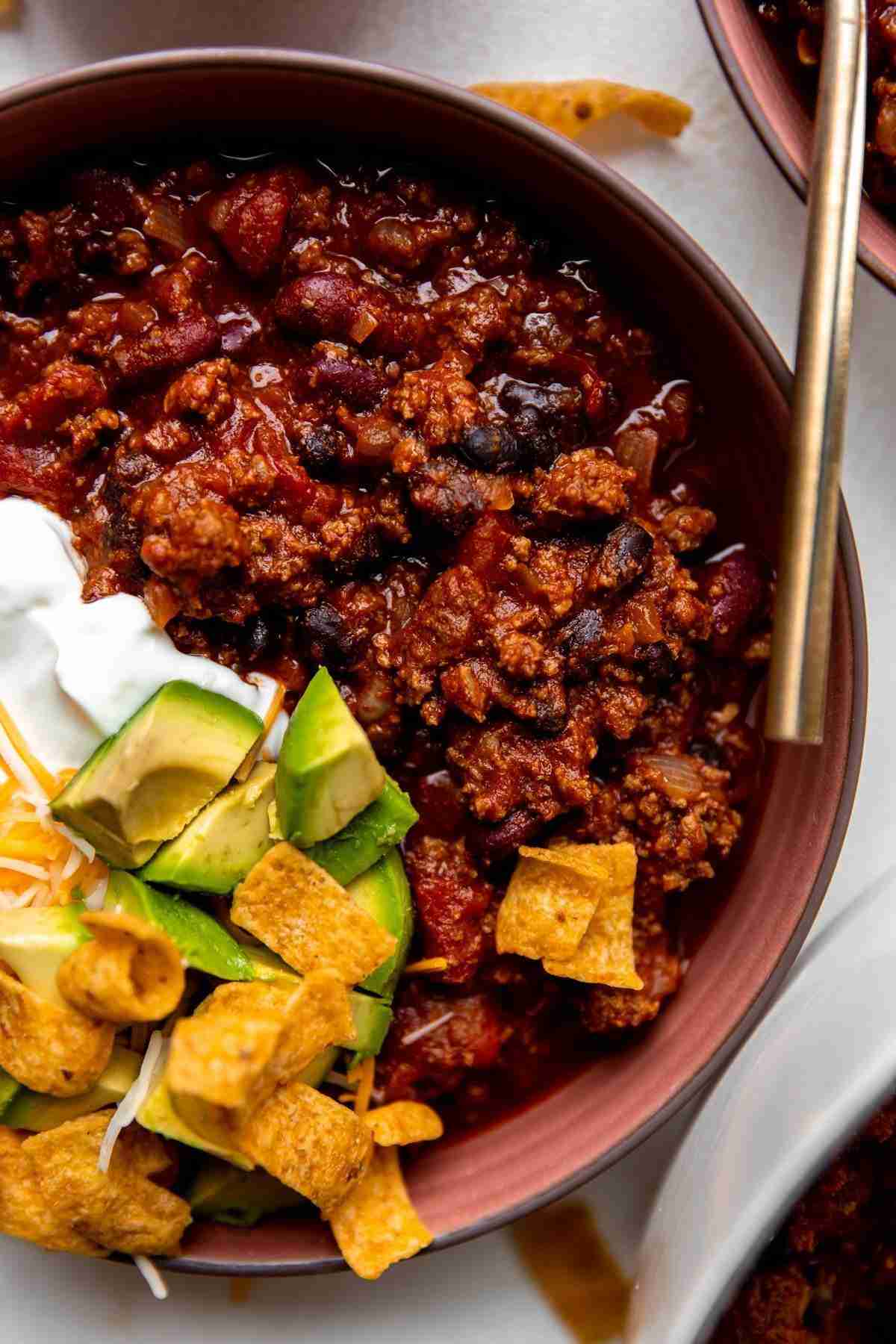 Whether you are making a batch of chili to serve a crowd, snuggling up on the couch for a movie or hosting a football game party, this Easy Beef Chili fits the bill! Full of flavor, ease and warmth. Dig in!

Looking for other Chili Recipes? Check these out!

Easy Beef Chili is heartwarming and loaded full of classic chili flavor. Ground beef is simmered together with fragrant spices, tomato sauce and beans. 30 minutes is all you need to bring this Easy Beef Chili to the table! 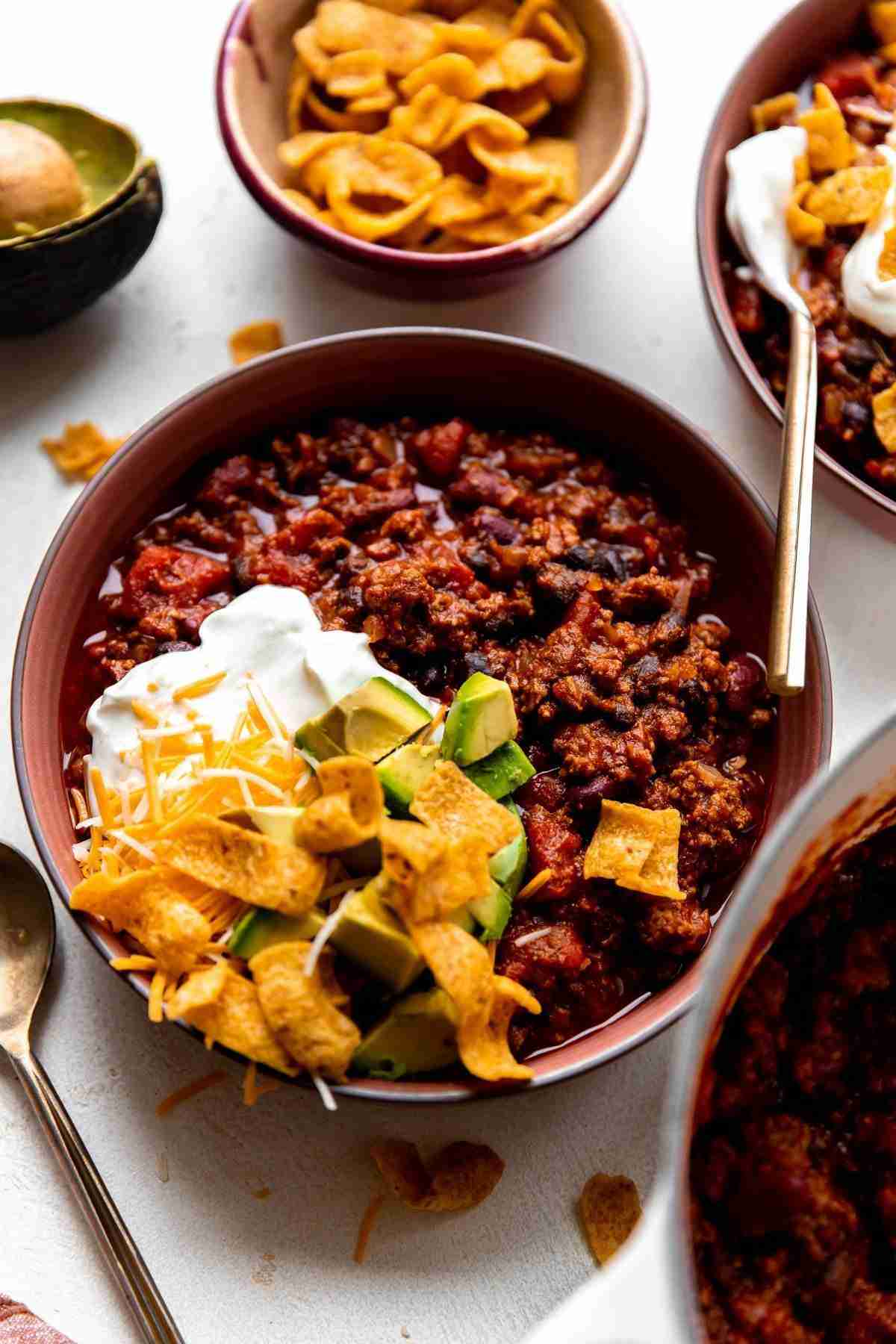 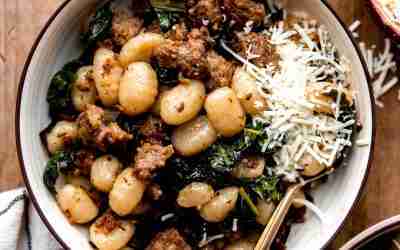 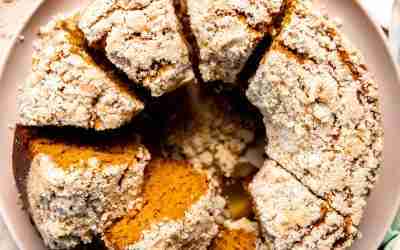 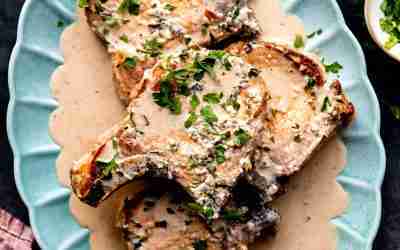